The school has meant a lot to me

Meet alumnus Mikael Lindström who has had a long career at the Ministry for Foreign Affairs. Mikael has been the Swedish Ambassador to China and Mongolia, Japan and Indonesia, has been stationed in the U.S., France and Morocco and negotiated in the WTO.

What did you do after you attended SSHL?

First I did my military service for one year, then I studied in Uppsala and in the U.S., a bachelor’s and master’s degree in economics and political science. After that, I joined the Ministry for Foreign Affairs in 1970, seven years after graduation from high school, and I remained there until 2011.

I have had a long and exciting career. An attraction for me when I started was that there was so much built-in variability in all the tasks and in every respect. I felt that I could stay here, instead of looking for jobs in the newspaper every five years. There was rotation and different tasks in different countries. I have been to very many places and have lived 32 years of my life abroad. Now I work as a consultant.

The most memorable task has to be something that came to be known as the Uruguay Round, an international trade negotiation that took place in the 90s and was probably the world’s largest ever economic negotiation between governments. It expanded the international cooperation that began after the war, from goods to services, patent and royalty issues were discussed, tougher sanctions were introduced and the new World Trade Organisation was formed. Sitting in that room where governments were represented in the council meetings, to know that I as a negotiator was at the centre of international economic activity, to lead a negotiating team and represent Sweden and the Nordic countries was a very exciting job.

If I have to choose something, I think my time in Washington was fantastic – great weather, challenging assignments and surrounded by good people, but going to Indonesia, which was a bustling, boiling and exotic world with many layers of culture underneath was also very exciting.

Why did you attend SSHL?

My father was a manager at a government agency in Sweden, so he got a job at the United Nations when it was fairly new, so in February 1949 we took the Swedish American Line to New York and my father began working as a director of the UN Secretariat. I was four and a half years old, and I lived there until I was twelve. At some point my family and parents reached a crossroads – “what nationality is this child going to have in the end?” My parents were very Swedish in their outlook and interests and they wanted me to have this fixed point in my life. I went to SSHL for six years and my little brother went there for eight years. I lived at Ängsbacken and graduated in ’63.

What has it meant for you?

It ended up just like my parents had wanted, we became very grounded in Sweden in this way. While they moved around the world, they knew that we had this security and permanency in Sweden. I have kept in touch with the friends I made at that time.

We got a good education and had good teachers, and the school has meant a lot to me. It could have ended up being completely different with a lot of moves between different schools abroad, so I believe in this model and think many have this need – to find a form that preserves one’s identity. SSHL can be just such a place.

What would you like to say to the students at SSHL?

Knowledge and questioning and a critical disposition with a positive outlook are good and important qualities. Now I have been abroad for so long and see that we are a small country in a big world. We can not be complacent in Sweden, there is fierce competition and so many countries are working so hard and their students are studying so much. Young Swedes today are going out into a world where it’s tough, and they must understand that these are very important years. You have to start putting in the effort early. I have lived in China and Japan, where they really work hard, likewise at elite universities in the U.S. I realise this sounds very sanctimonious, life is about so much more than just discipline and hard work. But anyway, it’s something to keep in mind.

And to those who are considering choosing SSHL?

Go and look at the school, try to get a feel for the atmosphere. It is a great and fun school that is open-minded and has an interesting intellectual background. When I went there, there was an atmosphere of classical scholarship there and I imagine that it is still there somewhere. It has gone very well for many who attended the school and that is thanks to the good education. It is a serious and good school. 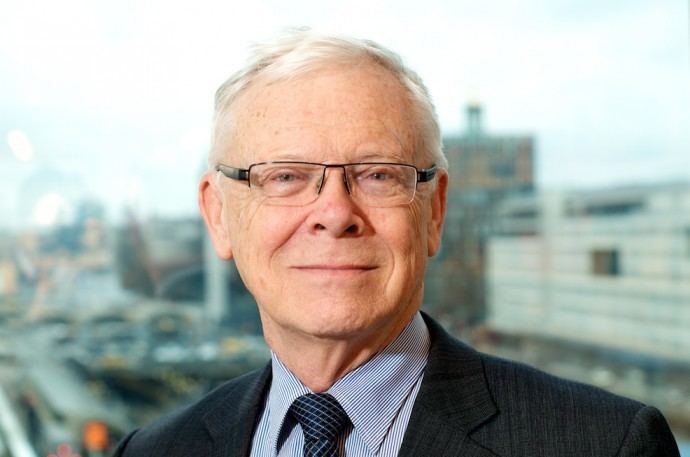