Ella, our very own Netflix star

Ella Rappich became the school’s very own Netflix star overnight when she suddenly appeared in a newly released and well received Netflix series.

Ella, a ray of sunshine, is the polar opposite of the series that she describes as dark and brutal. The series is called Quicksand and is based on a novel by Malin Persson Giolito. Ella plays a teenager named Amanda Steen and is the main character’s best friend.

– To some extent, Amanda has a lot in common with me, says Ella. She’s at the same point in life and in a similar situation to mine. Amanda is also in her final year of high school, she’s a positive girl who sees the good in everyone, but she has a tendency to turn a blind eye to reality.

Ella is a Sigtuna native and has lived here her entire life with her family comprising her mother, father and little brother. When I met Ella at the school’s café on a sunny mid-May afternoon she brought with her the busy air of a senior student getting all their ducks in a row for graduation and beyond. She had almost completed the International Social Sciences programme at SSHL that se says has given her the opportunity to study political science, international relations and to travel.

It has been just over a year since the day Ella’s mother mentioned that a casting crew would be at SSHL and that they were looking for teenagers to appear in a TV show. Ella was one of many students from SSHL and other schools that queued up for the audition:

– My first audition was terrible. I had to pretend to make a phone call. Much to my surprise, they called me back a few weeks later for a second audition, she says.

Ella is wearing her 50-days-to-graduation cap at Café Humlan, SSHL.

A few months of silence went by. Then, in the blink of an eye, it all happened at once. Suddenly she met both the director and her co-actors and on May 23, Ella’s birthday, she had her costume fitting. Taping started immediately and continued over a few intensive months between May and November.

– I’m glad I had time to read the book before we started. I was relieved that I enjoyed the book, it’s a good book!

But it’s a brutal and honest story. Nothing is whitewashed, it breaks through the facades that people maintain. Ella says she’s met the author multiple times:

– Malin is wonderful! She was there during the entire production and also afterwards. She’s an amazing woman with so much talent and many fantastic books already written!

After graduation, Ella says she just wants to rest. She doesn’t want to have to think about her education for a while. Taping the series and going to school at the same time has been really taxing.

– I pulled through it, it was only for a set amount of time. The school has maintained it’s high demands of me, but my mentor and the school in general has been really supportive and given me extra attention. I had to work extra hard at home to stay caught up with my classes, but it was worth it in the end!

After school Ella is just a regular girl. She has an after-school job, friends and a boyfriend. She enjoys painting, playing floorball and she enjoys alone time by herself too:

– Sometimes I like to cozy up in bed and watch movies by myself. But SRK is taking all of my free time at the moment! SRK is the Senior Year Committee at the school. We organise a lot of the dinners and parties for the graduating class.

The most difficult part of acting was dancing on set in front of cameras. Dancing and consiously trying to look natural, with a camera on your face was a real challenge.

– It was hard. Finally my co-actors stood behind the camera and danced with me to put me at ease!

Ella Rappich attended the International Social Sciences Programme and graduated from SSHL in May, 2019.

Netflix stardom and the attention surrounding that is another confusing and difficult issue. In general though, Ella’s life is much the same as before Netflix.

– I enjoy it. Many nice people have contacted me to say nice things and people on the street have wanted pictures with me. Here, at home in Sigtuna is where I get the least amount of attention.

Ella is grateful for all the people she has gotten close to during the tv production. Both in front of and behind the camera, people who made her feel safe and welcome on set:

– It was a great crew, and it was a team effort. I got all the help I needed.

Ella never aspired to become an actress. She has always liked to dress up and to get on stage, but she’s never seriously considered it as a career. I ask about her future, does she have any new acting gigs lined up?

– Nothing specific, she laughs… I have auditioned for a few other parts. I don’t know yet. I think I got this job by chance, I simply think I fit how the casting director envisioned Amanda. We’ll see what opportunities show up! 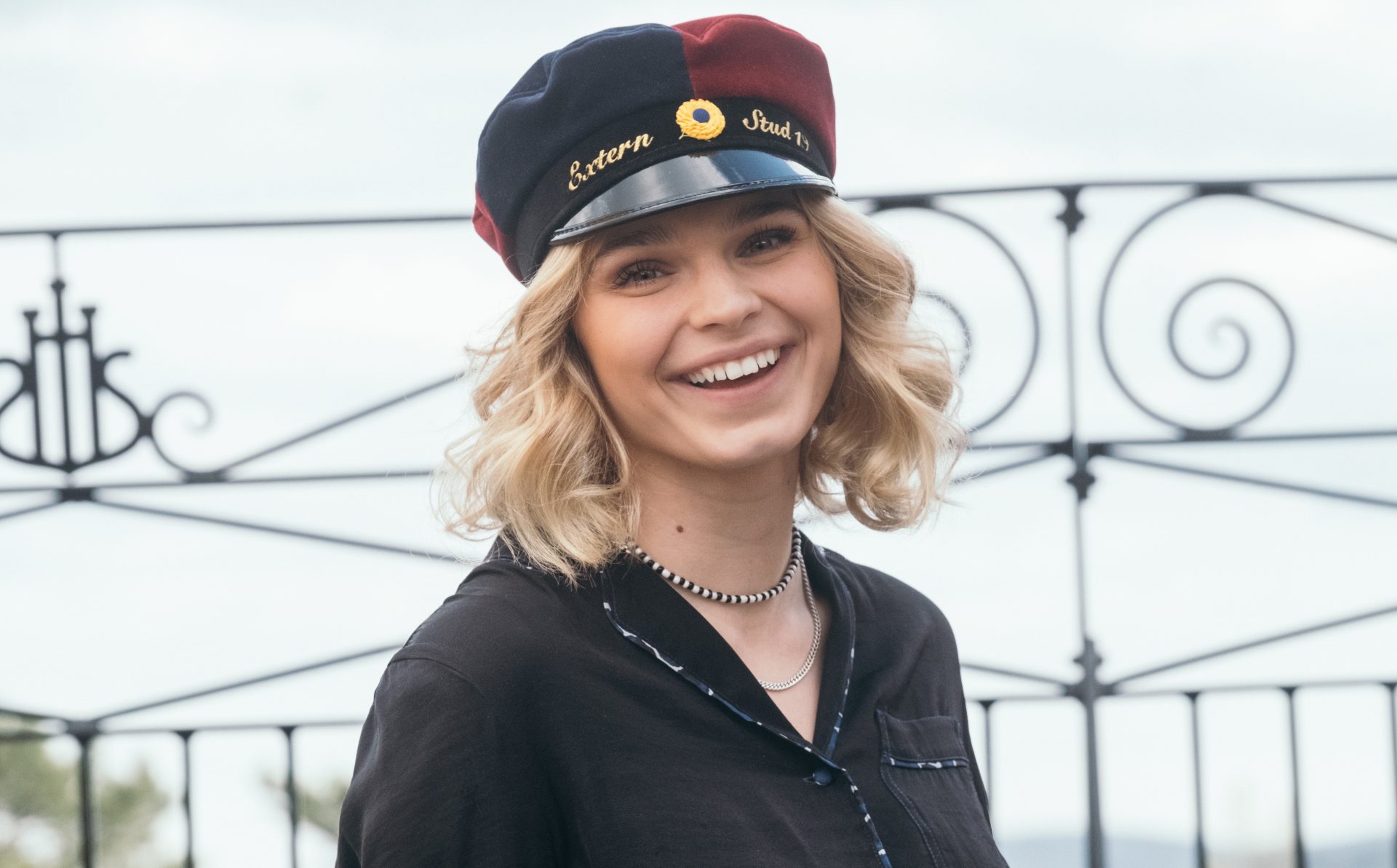