Digital lessons in French – with students in Sardinia!

During the autumn term, our students who study French Steps 3 and 4 got to test their language skills a little extra.

They have had the opportunity to meet and converse with other students studying French – on the beautiful island of Sardinia!

On three occasions, they have introduced themselves, their lives, and our school with the help of google presentations – and lots of laughter. They have also told the students about all our special traditions at SSHL, such as celebrating Lucia, baking gingerbread houses, and graduation activities.

Our students also showed off a snowy schoolyard, which did shock these southern European youngsters in Sardinia. 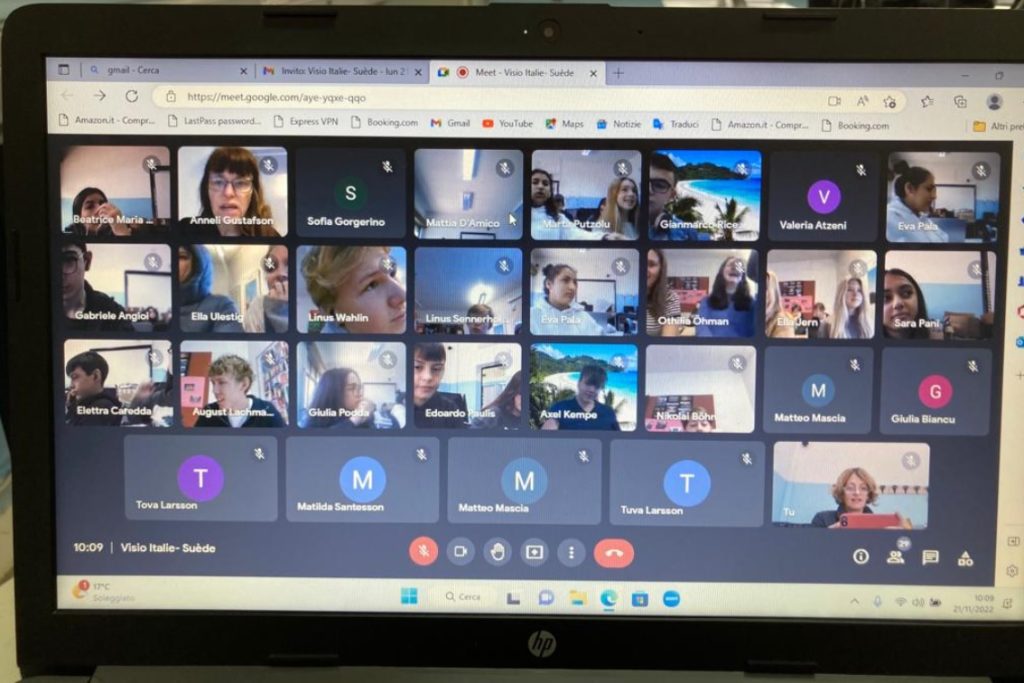 Lessons via the screen – the students speak French with each other online.

Anneli Gustafson is a French teacher at SSHL and has worked with her students on the Sardinia project. She says that the aim of the project has been to highlight the differences and similarities between young people’s lives, but also to show that the French language is alive and well in our European countries.

How come you collaborate with schools in Sardinia?
– The project started as a spontaneous collaboration between a French teacher in Sardinia and a teacher here at SSHL, says Anneli. The hope is that during the next academic year we will be able to formalize the collaboration through so-called E-twinning.

As a teacher, what is your impression of what the students have learned from the project?
– That it is possible to communicate in languages ​​other than English! They have also gained insight into the fact that French and other foreign languages ​​have a different meaning in other countries, where they are considered important subjects, says Anneli.

What do students think about meeting students from Sardinia?
This is Nicolai and Isabella sharing their thoughts:

Nicolai Böhn, French 4:
– It was great fun! You got to know others and you actually have to know French to communicate.

Isabella Höglund, French 3:
– We think it has been a great setup, communicating through our presentations since it’s very easy and practical. 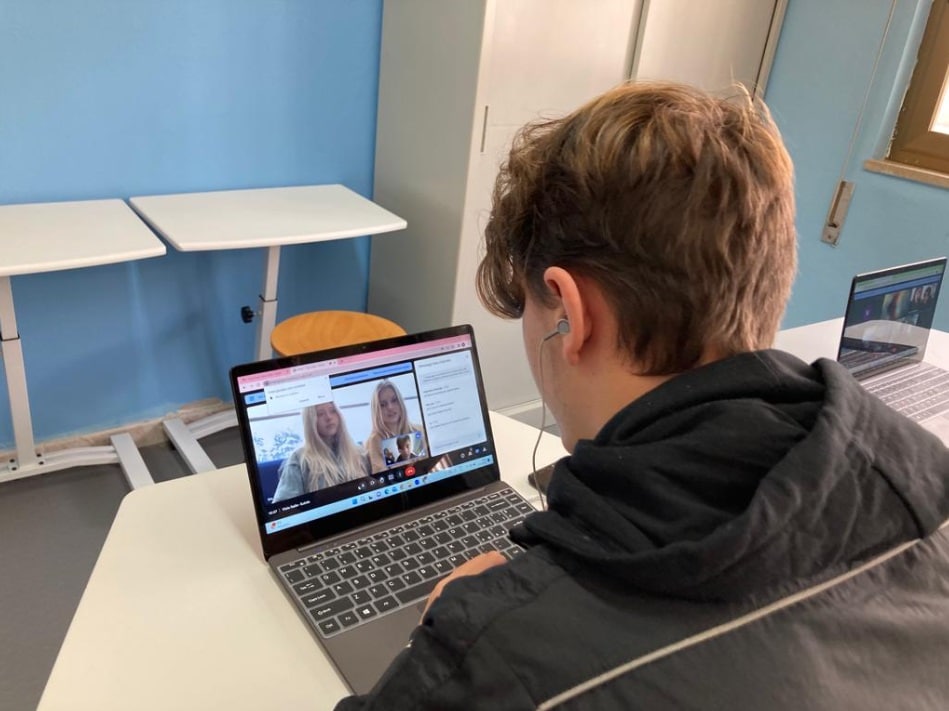