Now we are setting up for a 360-degree musical

The students’ annual musical performance is usually performed at this time of year. This year we have several challenges to meet. Our Aula is no longer there for us to gather in, and we also face restrictions due to the pandemic that only allows a few people together.

But, our teachers are inventive. They see new opportunities in the chaos – and in the digital technology ‘VR’ – virtual reality. The solution will instead be a 360-degree ‘green-screen studio’ where you can copy in dancers, singers and actors to form a larger ensemble.

– Technology could even allow us to place our players in the old Aula again, if we want to. Or why not in the Royal Albert Hall or at the Circus in Stockholm? It would fit well because we are working on the piece “This is me” from the musical “The Greatest Showman”, which takes place in a circus arena.

The students have also made scenographic mobiles from old keys on the theme ‘unlock your unique potential’.

Filming with a 360 camera and the corresponding chroma wall is the very latest technology, and this work will be a pilot for future projects. The film is recorded in small groups, over and over again, and you then put the films in different layers so that it looks like a single big show in the end.

Nik says that the plan is for the students to then be allowed to sit in swivel chairs – “one-person cinemas”- and watch the film through VR glasses:

– There will be three swivel chairs at the school with associated VR glasses, says Nik. And, of course, sanitizing alcohol to wipe off between users! 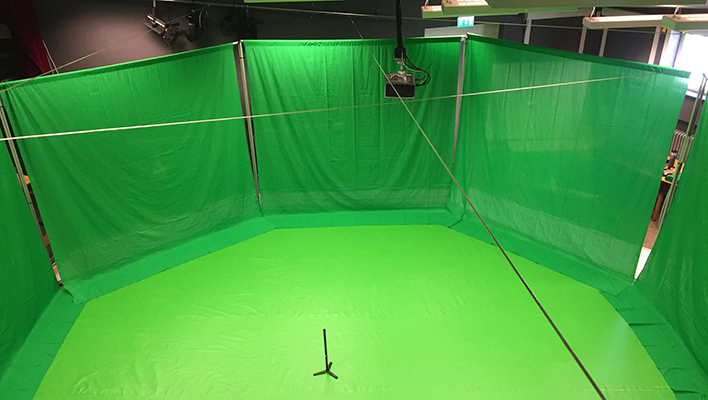