The most important thing was independence

Meet Karin Fröman who, after having lived in both China and England, has chose to come home to Sweden where she is the Key Account Manager at Forbo Flooring. Karin grew up in Singapore and describes what it was like to get to know Sweden at SSHL.

What do you do now?

I work as the Key Account Manager at a flooring company where I develop a whole new market that has not existed for them before. I sell our floors to retail chains, hotel chains, banks and private property owners. I’ve been there for two and a half years now. I make so-called “cold calls ” in the beginning and pitch our products, book meetings and present our floors. The whole of Sweden is my region and I travel about 75% of the time. It’s fun to develop this brand new sector, the private sector.

What did you do after graduation?

I studied briefly in Linköping and then went to Shanghai to study Mandarin for a semester, a course at Fudan University. I really liked Shanghai. I still have friends there and go and see them sometimes. Shanghai is an intense city that is constantly changing.

What program did you study when you attended SSHL? Why did you chose SSHL?

I studied the IB program, 2003-2005. I lived at Björka. My father had been to SSHL and really liked it. I grew up overseas and had never lived in Sweden. Dad worked for IKEA before, and we moved around a lot because of that and I grew up in Singapore. I lived there for ten years before we started talking about how it would be a good idea to move back to Sweden, find our roots and try being European rather than being Asian.

How was your time at SSHL?

It was fun and I really liked it. I made ​​friends for life and today I keep in touch with the people I hung out with back then. I think it was an important step to take, to move back to Europe. It was a culture shock for me to move back, I’ve lived half my life in Asia, it was a bit strange to move back. But it worked well with the teachers, house parents and my peers.

In Singapore I both swam and rode so it was nice to be able to continue with that at SSHL, I was in both the swim team and the equestrian team.

What experiences have been important in the workplace?

The most important thing was independence, learning early on to live on my own and, in my case, in a new country. You inevitably get some determination and grit! 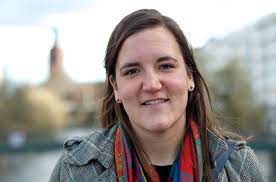