The weekend of 11-12 February the try-outs to pick the Swedish team for the World Schools’ Debating Championship were held at SSHL. In total 21 students participated, and these were from six schools from Stockholm, Gothenburg and Lund. Presided over by coaches Paida Mangondo, John diCarlo, Micheline Grönlund, Daniel Gustafsson and Björn Nordgren, the try-outs saw a team of five people chosen to represent Sweden in Bali in the summer.

Representing SSHL at the trials were Alessandro De Renzis and Awad Ahmed, both of whom showed a great deal of skill and gained a great deal of experience. Alessandro was even picked as reserve for the team which means he will attend practices with them and stands ready to step in should he be needed.

SSHL’s debating society is very proud both to have hosted the trials and to have been represented. The society is growing and always welcomes new members. Should you be interested in joining please e-mail bjorn.nordgren@sshl.se or turn up to practices which take place on Tuesdays at 16.00 in Gradängsalen.

Well done to the debaters that took part! 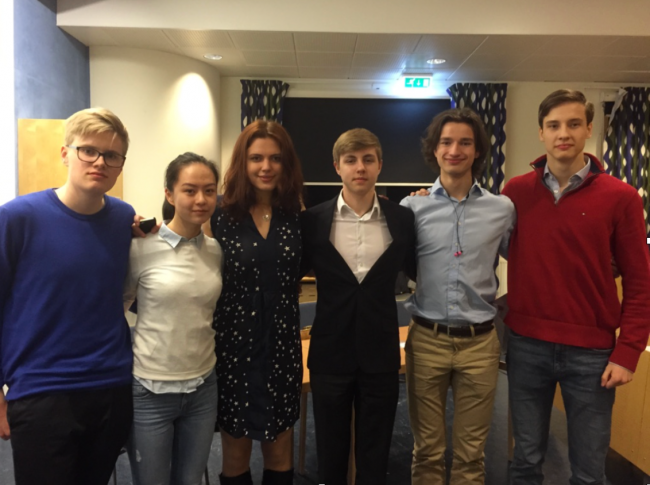 We use cookies that help us analyze and understand how you use this website. These cookies will be stored in your browser only with your consent. You also have the option to opt-out of these cookies. But opting out of these cookies may affect your browsing experience.
Reklam och statistik
Advertisement cookies are used to provide visitors with relevant ads and marketing campaigns. These cookies track visitors across websites and collect information to provide customized ads. Analytical cookies are used to understand how visitors interact with the website. These cookies help provide information on metrics the number of visitors, bounce rate, traffic source, etc.
SPARA OCH ACCEPTERA